A study from the Department of Cancer Biology, The University of Texas MD Anderson Cancer Center, Houston, Texas 77030, USA shows that “Synthetic essentiality of chromatin remodelling factor CHD1 in PTEN-deficient cancer.” This study was published in the 6 February 2017 issue of the journal “Nature” [the number 1 journal in General Biology with an I.F of >42 plus] by MD Anderson President Prof. Ronaldo DePinho A, Zhao D and others.

On the foundation of this interesting finding, Dr L Boominathan PhD, Director-cum-chief Scientist of GBMD, reports that: Natural product/vitamin-based Combination therapy for PTEN-deficient cancer: Combination of Lutein, Cholecalciferol and ATRA decreases the expression of CHD1, increases the expression of a number of tumor suppressor genes, inhibits pro-survival TNF-NF-kB gene network, and suppresses tumorigenesis of PTEN-deficient cancer

Given that: (i) each year nearly 14 million people are diagnosed with cancer globally, and little more than half of them will die; (ii) each year 176,000 cases of prostate cancer are identified in the US; and about 28,000 of them will die; (iii) about 70% of Prostate cancers are deficient in tumor suppressor gene PTEN, the second most mutated gene in cancer, next to tumor suppressor Tp53; (iv) cancer deaths globally are expected to be doubled by 2030; (v) cancer treatment causes the highest economic loss compared to all the known causes of death worldwide, there is an urgent need to find: (i) a way to prevent an individual from being susceptible to cancer by strengthening his/her own immune system (Cancer immunotherapy); (ii) a cheaper alternative to the existing expensive anticancer drugs; (ii) a side-effect-free natural product-based drug; (iii) increase the therapeutic index of anti-cancer drugs; (iv) a way to effectively treat and prevent metastatic progression and relapse of advanced/drug-resistant cancers.

What we infer from what they say:

Prof. Ronald’s research team has recently shown that activation of PTEN results in (1) GSK3ß-mediated phosphorylation of CHD1 (chromatin helicase DNA-binding factor) degron domains; (2) activation of ß-TrCP-mediated ubiquitination-proteasome pathway; and (3) degradation of CHD1 protein. Further, they have shown that PTEN deficiency in cancers results in (1) increased levels of CHD1 through protein stabilization; (2) trimethyl lysine-4 histone H3 modification; (3) induction of pro-oncogenic TNF-NF-kB gene network; and (4) increased proliferation of cancer cells, suggesting that targeting CHD1 in PTEN-deficient cancers, such as Prostate and Breast cancers, one may inhibit the progression of PTEN-deficient cancers.

From research findings to therapeutic opportunity :

This study suggests a natural product/Vitamin-based Combination therapy for PTEN-deficient cancers. Lutein, one of the main components of Marygold, functions as an anticancer agent in a number of cancers (figs. 1-2). However, the detailed mechanistic insights is yet to emerge. 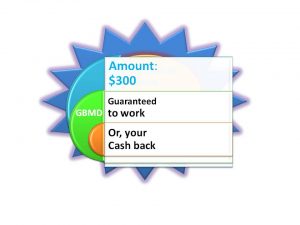 Thus, pharmacological formulations encompassing combination of “Lutein, Cholecalciferol and ATRA (LCA) or LCA analogues either alone or in combination with other drugs” (fig. 3) may be used to treat cancers that are deficient in PTEN expression, such as Prostate and Breast cancers. 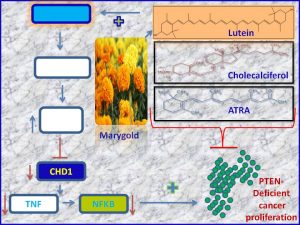 Figure 2. Combination therapy for PTEN-deficient cancer. Mechanistic insights into how a therapeutic mix encompassing Lutein, one of the main components of Marygold,  Cholecalciferol (Vitamin-D3/Calcitriol) and ATRA (Vitamin-A) , suppresses the expression of CHD1; and oncogenic TNF-NF-kB network signalling to promote tumor regression in PTEN-deficient cancer.

Details of the Research findings:

Undisclosed mechanistic information: How does a therapeutic mix encompassing Lutein, Cholecalciferol and ATRA decrease the expression of CHD1 to prevent progression of PTEN-deficient cancer?

For purchase and payment details, you may reach us at info@genomediscovery.org

Courtesy: When you cite, Kindly drop us a line at admin@genomediscovery.org 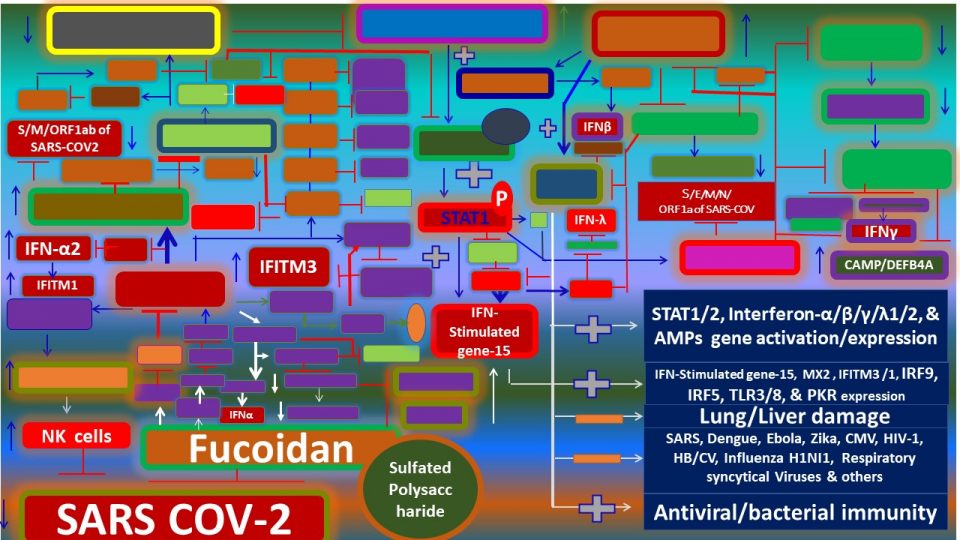 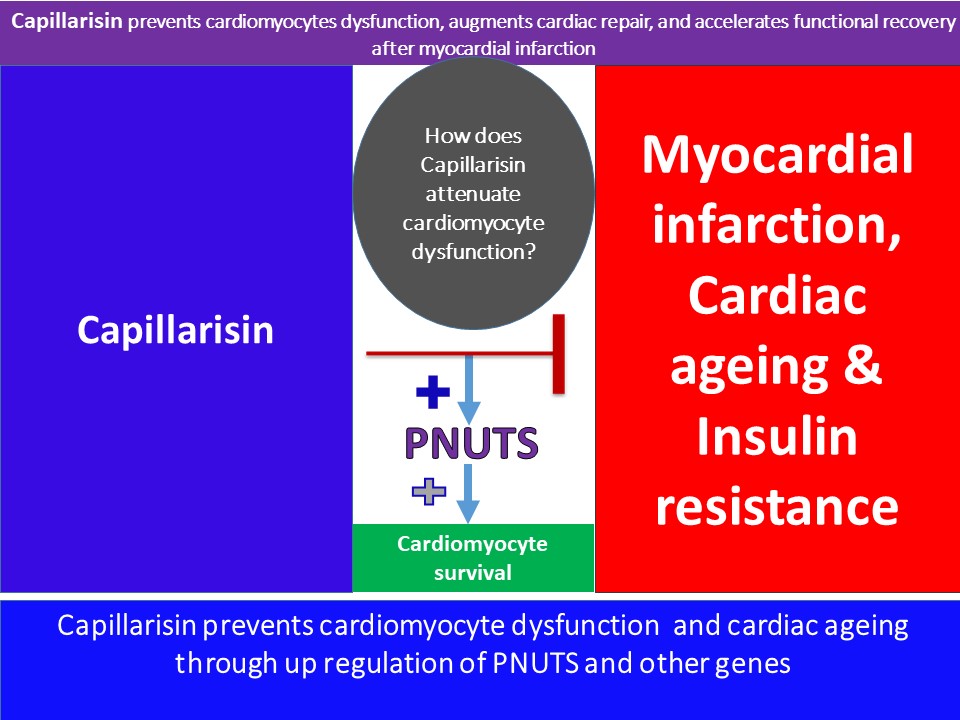 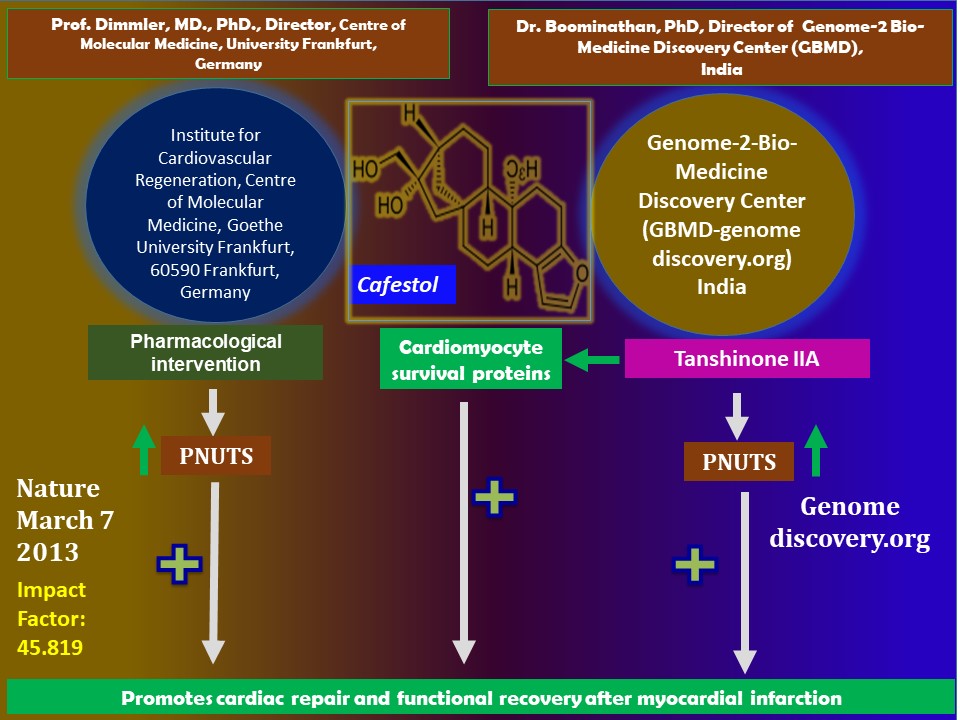