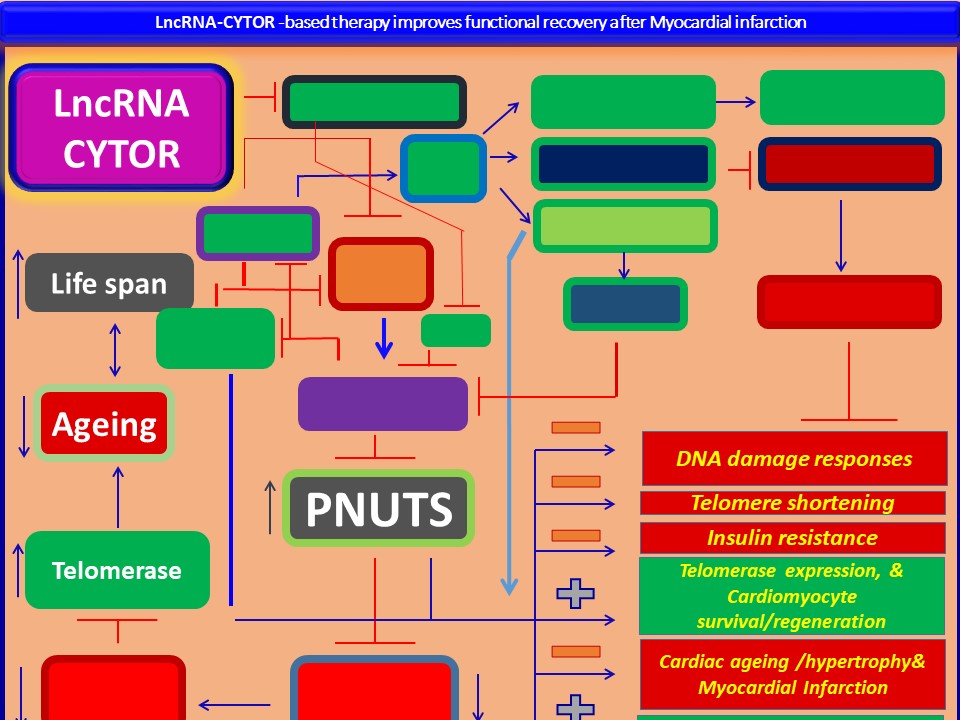 A recent study from the Institute for Cardiovascular Regeneration, Centre of Molecular Medicine, Frankfurt, Germany shows that “MicroRNA-34a regulates cardiac ageing and function.” This study was published, in the 7 March  2013 issue of the journal Nature,  by Profs. Stefanie Dimmeler (Director, Center for Molecular Medicine), Reinier A Boon and others.

From Significance of the study to Public Health relevance:

From Research Findings to Therapeutic Opportunity:

This study suggests, for the first time, that LncRNA CYTOR could protect against myocardial dysfunction.

Thus, by treating aged cardiac patients with LncRNA CYTOR or its inducers, one may prevent ageing-associated (or, stress-associated) decline in cardiac function. Together, this study suggests, for the first time, that pharmacological formulations encompassing “LncRNA CYTOR or its inducers or its functional or mechanistic equivalents, either alone or in combination with other cardio protective drugs, may be used to protect against myocardial infarction or improve cardiac function after myocardial infarction (figs. 1-3).

Idea Proposed/Formulated (with experimental evidence) by:

Undisclosed mechanistic information: How does LncRNA CYTOR increase the expression of PNUTS/Telomerase? 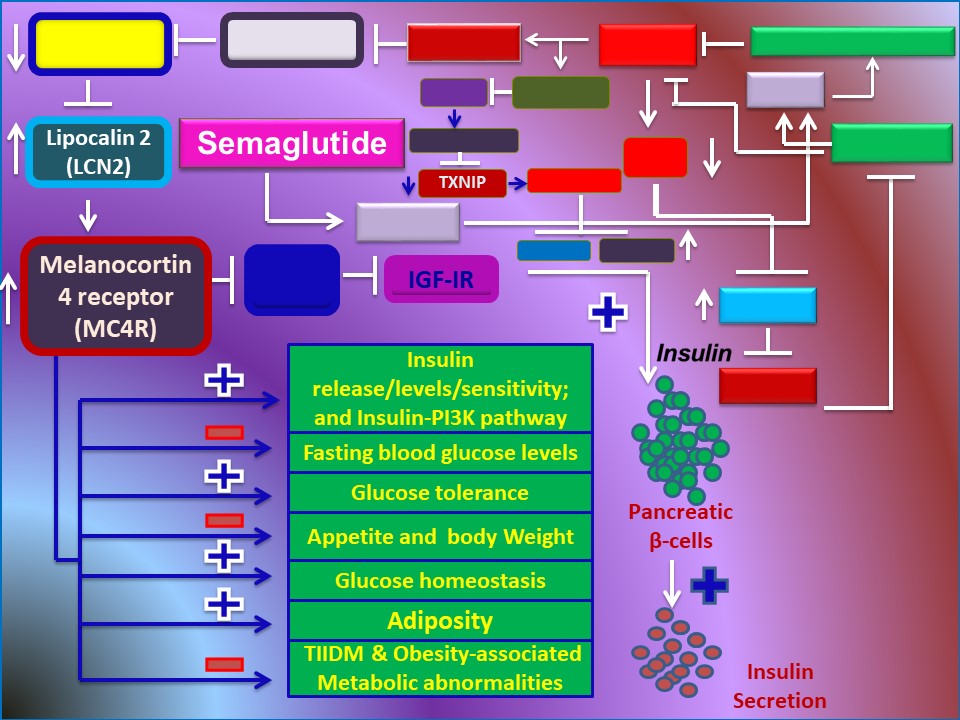 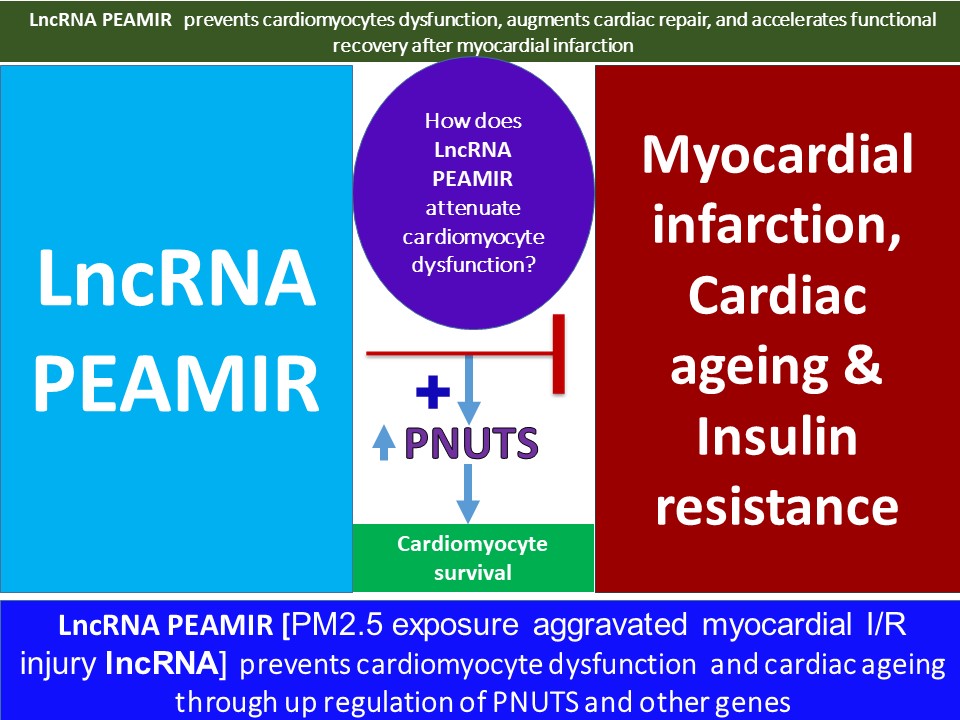 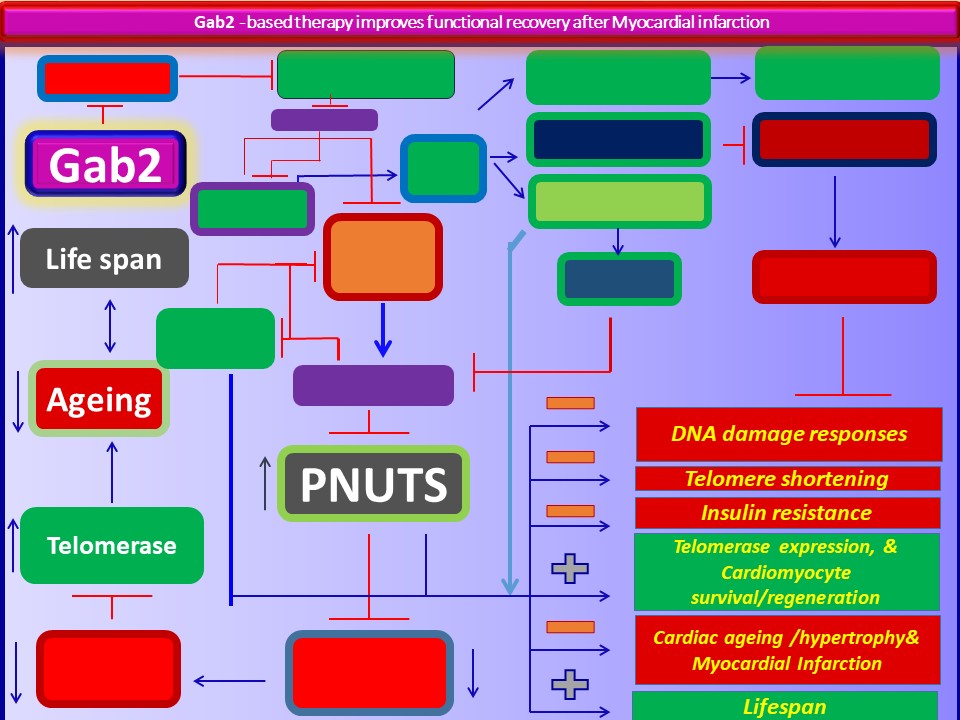